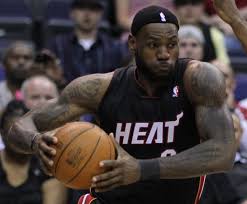 The argument can be made that improvement in basketball requires a more diverse set of workouts than most any other sport. Successful players work regularly on agility, endurance, strength, flexibility, and coordination – to say nothing of specific skills and team practices. While endurance and skill work tend to win out as the biggest focal points for players looking to improve their games in totality though, we would contend that strength training should also be a major point of emphasis.

This is something we talk about with regard to football more often, with strength work representing an understood aspect of in-season training. This is only natural given the intense physicality of the sport. However, while a single basketball practice or game may not involve quite as much physicality as football, it can still be a grueling sport over the long term. A season, a summer of workouts, or even a full career can lead to enough wear and tear that, if you’ll forgive the cliché, only the strong survive.

This isn’t merely a suggestion from someone who values strength training though, nor is it the perspective of one coach. Rather, it’s an idea that’s regularly backed and exhibited by people at the top of the basketball world.

One example of this actually came very recently, in the form of an interview former All-Star Kevin Garnett gave with sportswriter and podcaster Bill Simmons. The main focus of the interview wound up being on some comments Garnett had about LeBron James but he offered some fascinating perspective on fitness as well. Garnett was never the bulkiest player in the game, but was known for toughness and endurance above all else. His lithe but rock-solid frame allowed him to impose his will upon heavier and more muscular opponents, making him an excellent person to advocate for strength training. In his interview, however, Garnett was actually speaking more to the strength of NBA legend and physical behemoth Shaquille O’Neal.

Confronting the common narrative that O’Neal occasionally payed out of shape, Garnett argued that his longtime opponent was actually bulking up intentionally earlier in seasons so that his body could withstand the gradual beating it would take over the course of half a year’s worth of games. Garnett was speaking specifically to the notion that basketball players need strength for the long term.

Another, more everyday example comes in the form of LeBron James, who may yet go down as the best player in the history of basketball. Right now most would still give that label to Michael Jordan, but the way James is still competing at the age of 34 indicates he still has time to establish the greatest legacy. Right now, people following the NBA have their clearest picture ever of what the data hawks and oddsmakers believe will happen in the league, thanks to the relatively new presence of U.S.-based bookies online. These bookies post odds for NBA action day in and day out, on the basis of information compiled by betting and gambling experts who are not just watching, but conducting thorough analysis of league activity.

Look to these online bookies and their NBA odds right now, and you’ll see the Lakers – led by LeBron James – favored in most of their games. The same bookies also show the Lakers as league-wide favorites (or perhaps co-favorites with their cross-town rival Clippers). How this factors into the strength discussion is simple: Look at LeBron James’s physique. He’s a famed physical specimen who works incredibly hard to maintain muscle and keep his body primed for long seasons, lengthy playoff runs, and all the attrition that goes with them. The online bookies are different from the fans (who widely admire James and generally want him to keep winning). They actually analyze the game to compile betting odds, and they’ve determined that a player who by all rights ought to be worn down and physically exhausted is still dominant enough to lead a title favorite. More than perhaps any other conceivable example, this speaks to the benefits of strength training for basketball players over time.

As a final example though, and perhaps a broader point toward development in younger players, we’d also point out that even the USA Basketball organization appears to openly value strength training. To backtrack somewhat, we’ll note that one reason a lot of basketball players neglect strength training is that they’re concerned it will negatively affect skills. For instance, a lot of players think that strengthening their arms or adding upper-body bulk will alter their shooting form.

USA Basketball included these ideas among its myths about basketball training. The program suggested that there’s no actual evidence for strength impacting shooting form, and argued that players serious about improving can work on shooting and strength training at the same time, and enjoy improvement with both facets.

Based on all of these examples and arguments, we’d support the idea that strength training is vital for developing basketball players. Building muscle may not be the only thing that’s important to work on, but it can help a player withstand a long, physical season or an active career, and it won’t get in the way of other aspects of the game.